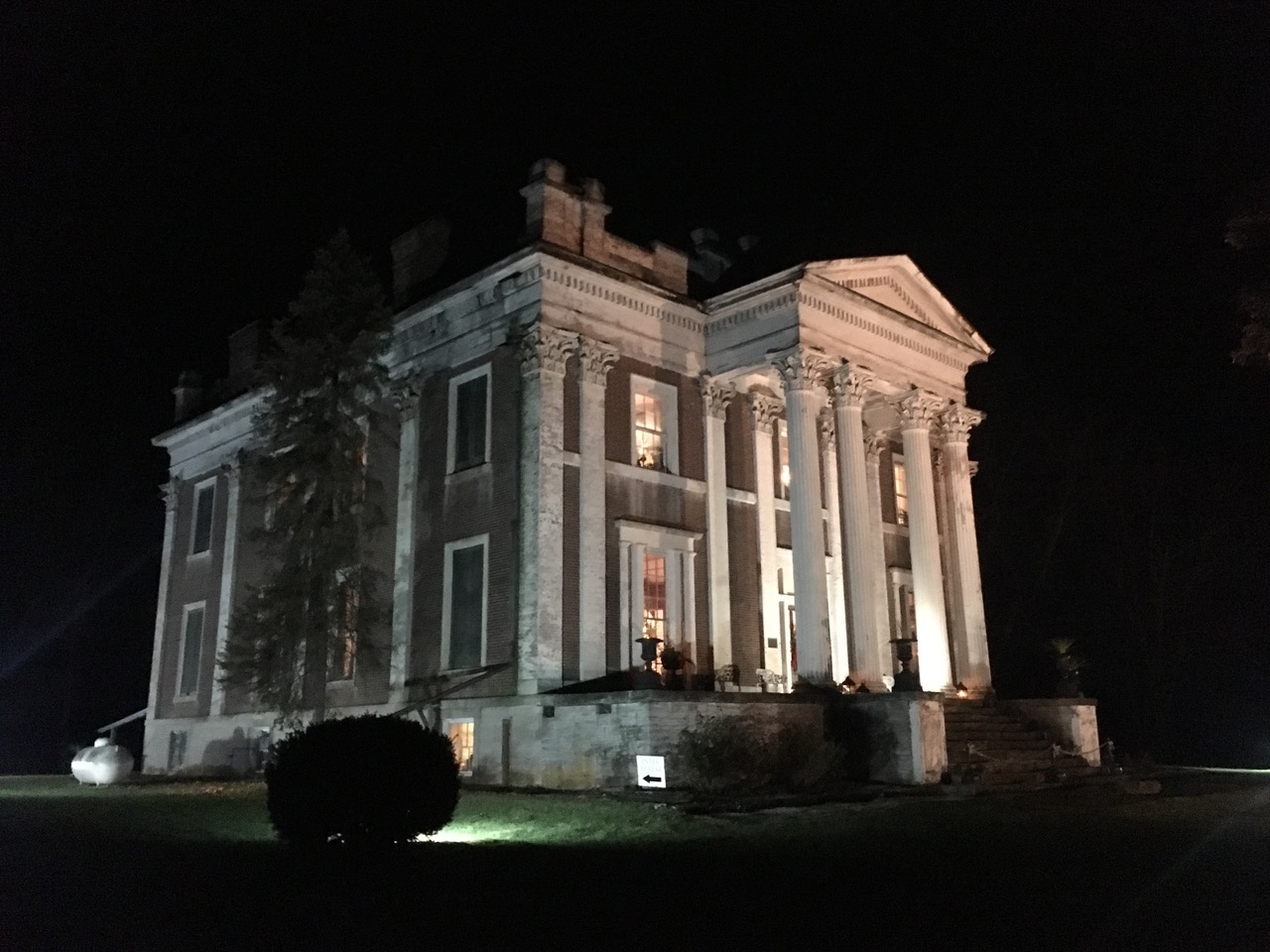 Nine decorated Christmas trees illustrate the history of the faithful evergreen, from its earliest days to the present, at Kentucky’s grandest home: Ward Hall.

With its 27-foot-high fluted Corinthian columns, magnificent plasterwork and breathtaking double elliptical staircase, Ward Hall is the epitome of Southern architectural splendor – and the perfect backdrop for showcasing a tradition rooted in Germany that came to America by way of a British Royal Family. 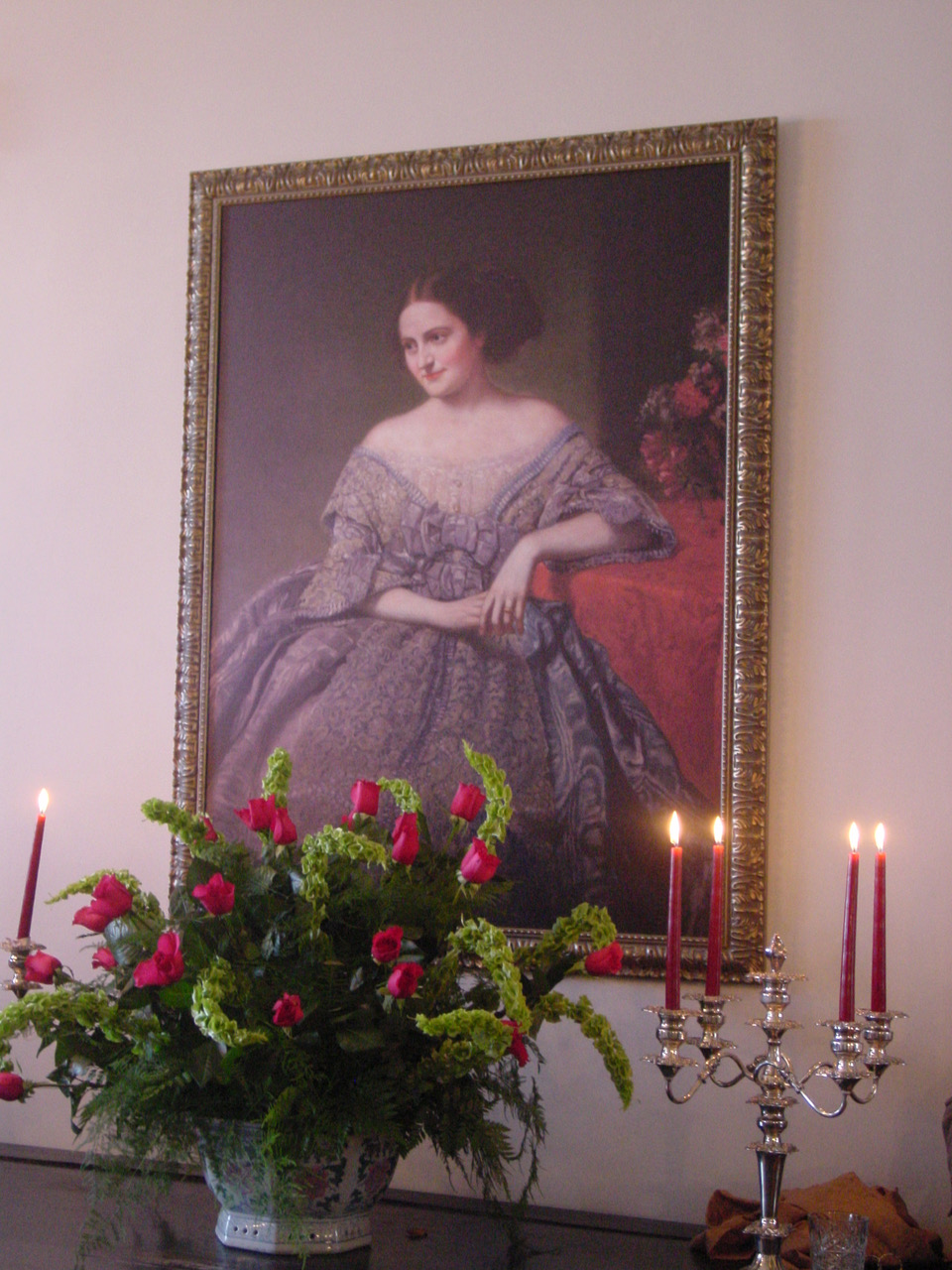 “The Queen Victorian/Prince Albert tree, a tabletop tree in the Ladies Drawing Room, represents the 1840s-era tree these two had and that led to the craze of the Christmas tree,” said Ward Hall Preservation Foundation Board Chair Ron Bryant.“Prince Albert was German and brought the custom to England, where it crossed the Atlantic to America.”

The rest, of course, is history – and one richly added to as the Victorians were known to do. 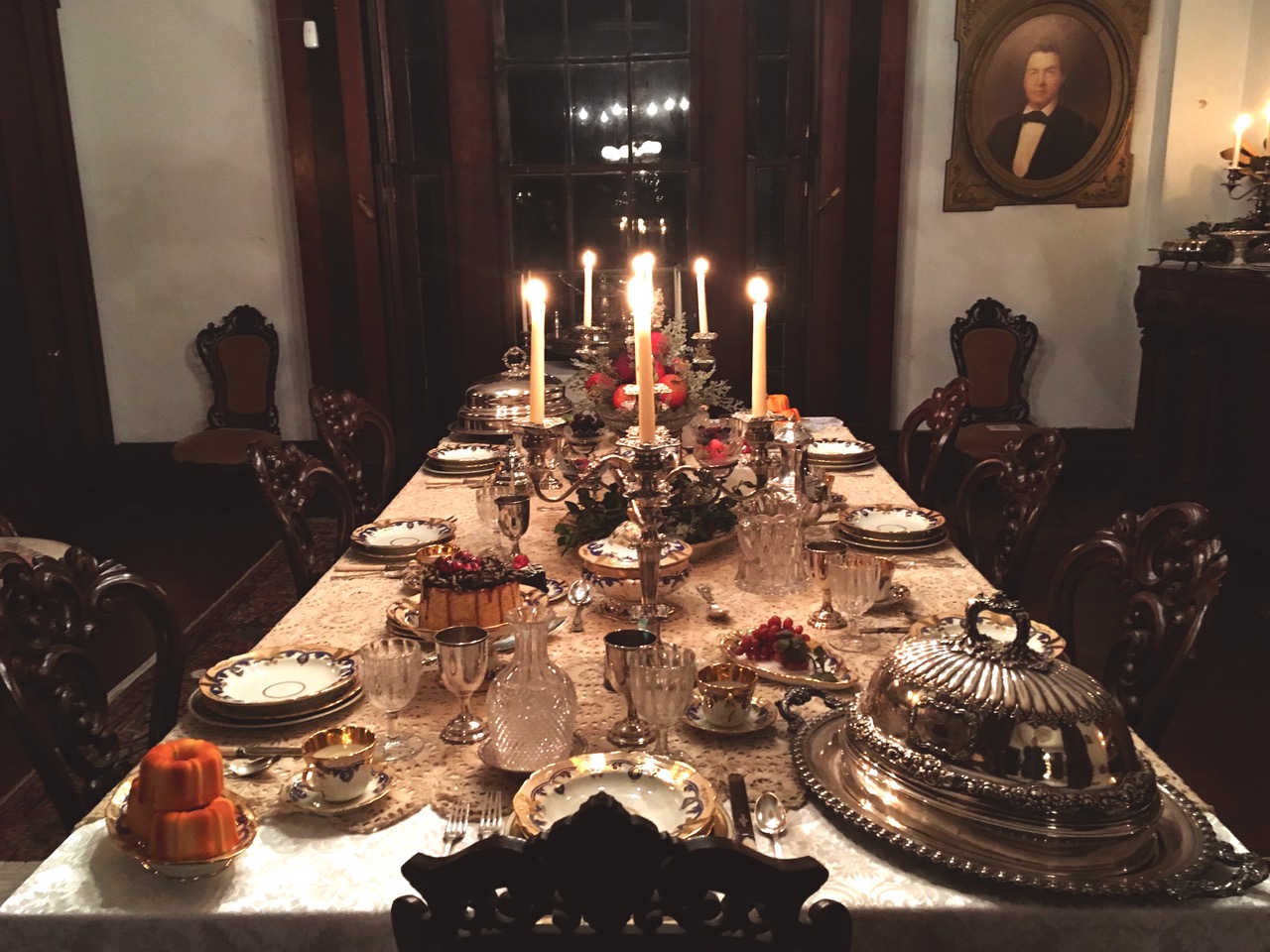 In fact, Ward Hall’s Victorian Christmas tree, holding court in the parlor, is the most elaborate of the trees.

“The Victorians loved to put so much on their trees – flowers, things from nature, homemade decorations,” said Ron. “They did cutouts from popular magazines, like Godey’s Ladies Book, and would make little figures out of those.”

See these trees and seven others, including a traditional Kentucky cedar tree and an aluminum tree representing the 1950s and 1960s, during Ward Hall’s evening Candlelight Tours, taking place Thursdays through Sundays, December 8-11 and December 15-18.

The home will be decorated, from basement to attic, and the whole house is open to the public. In addition to the trees, lit candles will add a soft glow throughout the mansion and fragrant live greenery and fresh fruit will bedeck the home’s 13 fireplace mantels. Stockings will be hung not only by the chimney but also from chairs, a more accurate reflection of the Victorian-era stocking hanging tradition. 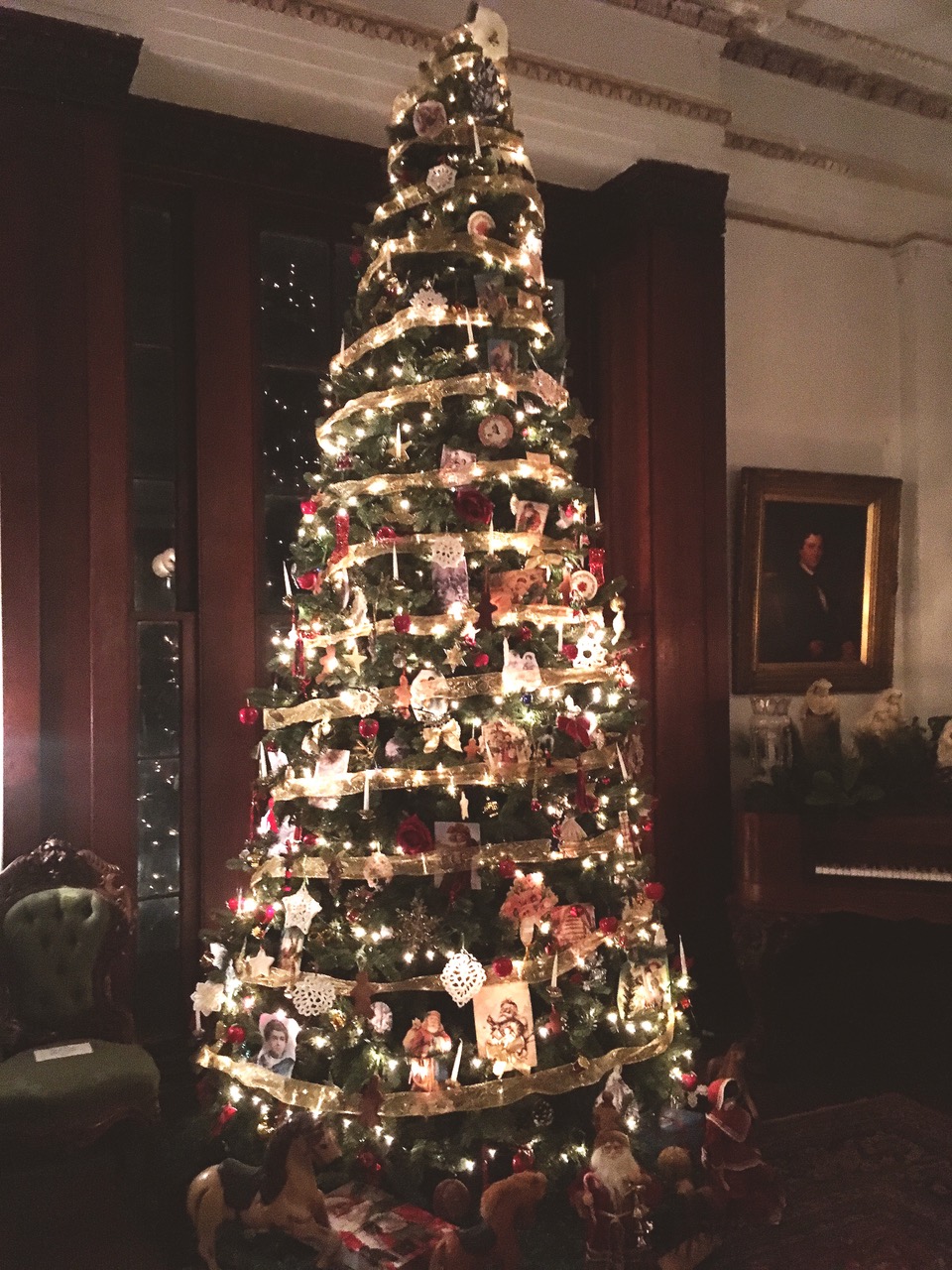 “Everything would have roasted otherwise,” said Ron. “The stockings would be put on the backs of chairs and Santa Claus would fill them there.”

During the tours, a volunteer will play Christmas carols on Ward Hall’s 1881 rosewood square grand piano and some of the volunteers will be in period costume – the ladies in their hoop skirts and the gentlemen in frock coats. A new addition to the home’s decorations will be a one-horse open sleigh – the perfect selfie and photo op spot – located in the basement.