Media Contact: This email address is being protected from spambots. You need JavaScript enabled to view it.,

GEORGETOWN, KY – JULY 16, 2020 – Georgetown/Scott County Tourism has made the decision to reschedule this year’s Festival of the Horse, originally set for September of 2020. Instead, the Tourism office will throw its energies and resources into and the spotlight onto a triple celebration in the fall of 2021. This will include the 40th anniversary of the Festival of the Horse, a chance to honor Georgetown’s sister-city of Tahara, Japan – a relationship marking its 31st year in 2021– and recognizing Yuko-En on the Elkhorn, the Official Kentucky-Japan Friendship Garden, hitting 21 years in 2021. 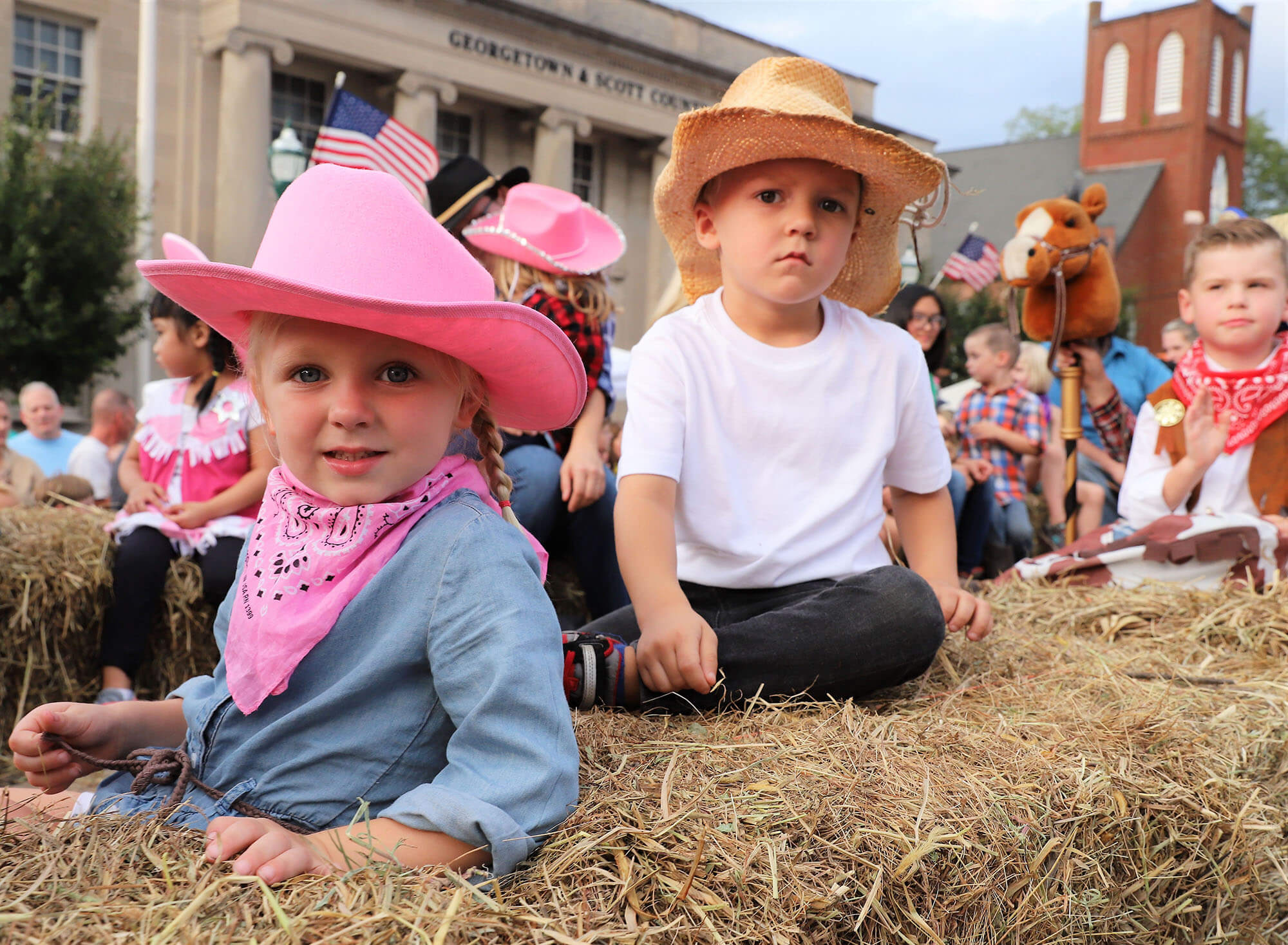 “It is absolutely the right decision to make at this time,” said Georgetown Mayor Tom Prather. “Postponing the festival to 2021 and combining it with these two other events that also play a significant role in our city’s history and character will make this an unforgettable and uniquely Georgetown celebration.”

“The move will give us a chance to celebrate on a grand scale – one worthy of such important milestones,” added County Judge Executive Joe Pat Covington.

Calling the 2021 celebration a “huge hoopla,” Lori Saunders, executive director of Georgetown/Scott County Tourism, shared the dates for the rescheduled event: Sept. 10, 11 and 12 of 2021.

“Mark your calendar,” Saunders advised. “This will truly be a one-of-a-kind celebration.”

Celebrate the horse
Live music will take centerstage for the Festival of the Horse, with several marquee headliners planned for the Country Boy Stage on Courthouse Square. Food, crafts and display booths, carnival rides and midway, local and regional musicians performing throughout downtown and the festival’s signature events – the Colt & Filly Review Parade, Toyota’s Grand Parade of Horses and the Horse Show – will keep the weekend lively. Setting all the fun in motion will be the annual Chili Cook-off, planned for Sept. 9.

“Plan on lots of outstanding music and entertainment, plus a parade led by our sister-city friends and so much more,” said Lee Carter, chairman of the Georgetown/Scott County Tourism Commission. 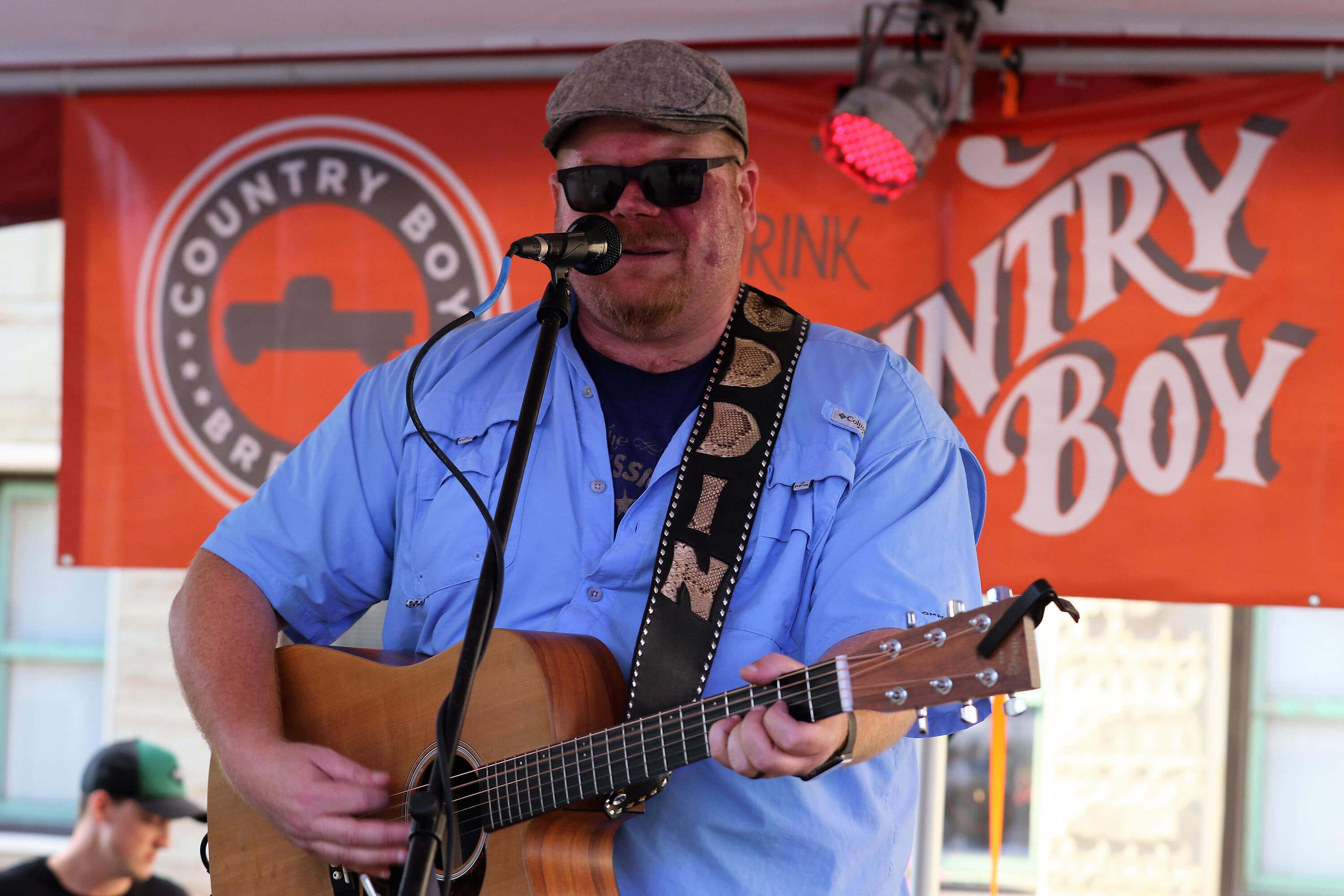 Chili Cookoff
Although the 2020 Chili Cookoff will also be moved to 2021, Toys for Tots expects the highest need in our community’s history this year! They will be accepting new unwrapped toys and donations that help Scott County and surrounding counties fill this need! Watch for a fun and COVID-safe event THIS FALL in the downtown Courthouse Square, and look forward to some great prizes and giveaway opportunities to commemorate the 2020 Virtual Chili Cookoff and fundraising event!

Honor our sister-city
The Mayor of Tahara, Japan, will be the Grand Marshal of Toyota’s Grand Parade of Horses. He will be accompanied by other dignitaries from Georgetown’s sister-city as both cities come together to celebrate a decades-long friendship and their common bonds.

Located in Aichi Prefecture in central Honshu Island, Tahara is an area known for its rich cultural heritage and landmarks, including the restored 17th-century fortress of Nagoya Castle and the Toyota Commemorative Museum of Industry and Technology.

Like Georgetown, Tahara is fairly small, but growing fast. Both cities have an agricultural base and both have car manufacturing plants owned by Toyota Motor Company – the tie that led to the sister city relationship that began in 1990, two years after Toyota broke ground in Georgetown.

A garden planted in friendship
As an homage to Tahara and Georgetown’s sister-city relationship, Yuko-En on the Elkhorn was planted in 2000, a four-season, five-acre Japanese-style strolling garden – and the only one of its kind anywhere. It was officially proclaimed the Kentucky-Japan Friendship Garden by the Legislature of the Commonwealth of Kentucky.

Named for the literal meaning of the words, “yuko-en” – friendship garden – it is based on such Japanese gardening principles as working in harmony with nature, weaving in symbolism, creating a miniature world and framing views beyond the garden that connect the garden to the world beyond its gates.

“Yuko-En embodies Japanese gardening principles but is done in a Kentucky style, on a Kentucky scale and with Kentucky plants,” noted Mayor Prather.

With a mission of enhancing community and international friendship and promoting lifelong learning in the arts, culture, the environment and international relations and commerce, Yuko-En will naturally be included in the celebration.

“Music, friendship, parades, food and fun – we cannot wait to throw this party in September of 2021,” said Saunders.