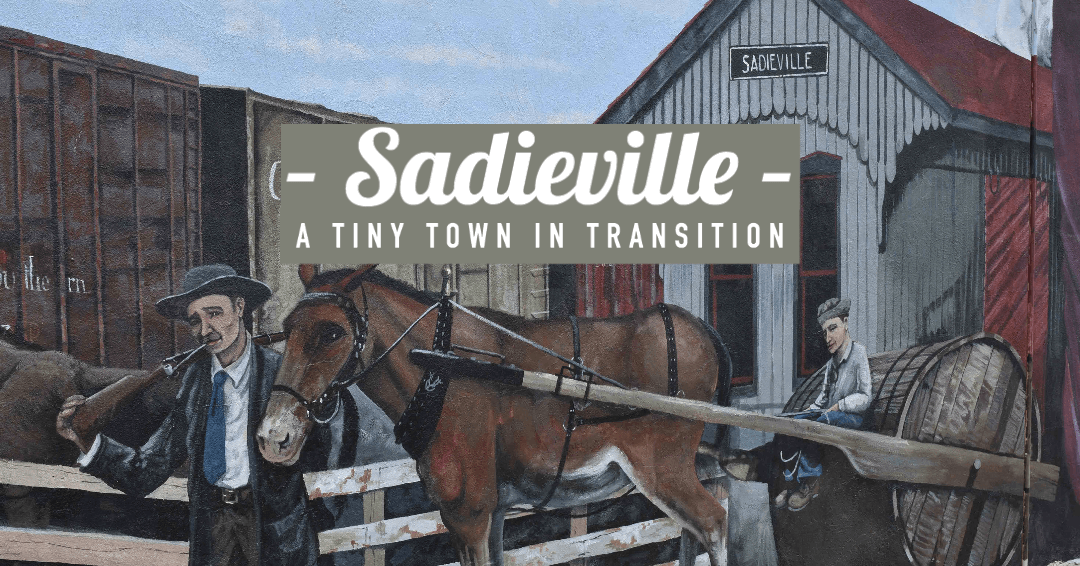 Sadieville – A tiny town in transition

From a town once known for raising mules to one popular with cyclists for its rural bicycle routes, especially beautiful during fall foliage season, Sadieville is a tiny town whose railroading heritage intersects with community pride.

Said Mayor Robbie Wagoner: “Sadieville is a town in transition that hangs onto its past while embracing the future.

“City Hall is the old train station,” he added. “It’s gone from harboring mules to fiber optics, utilizing both the past and the future to make it work.” 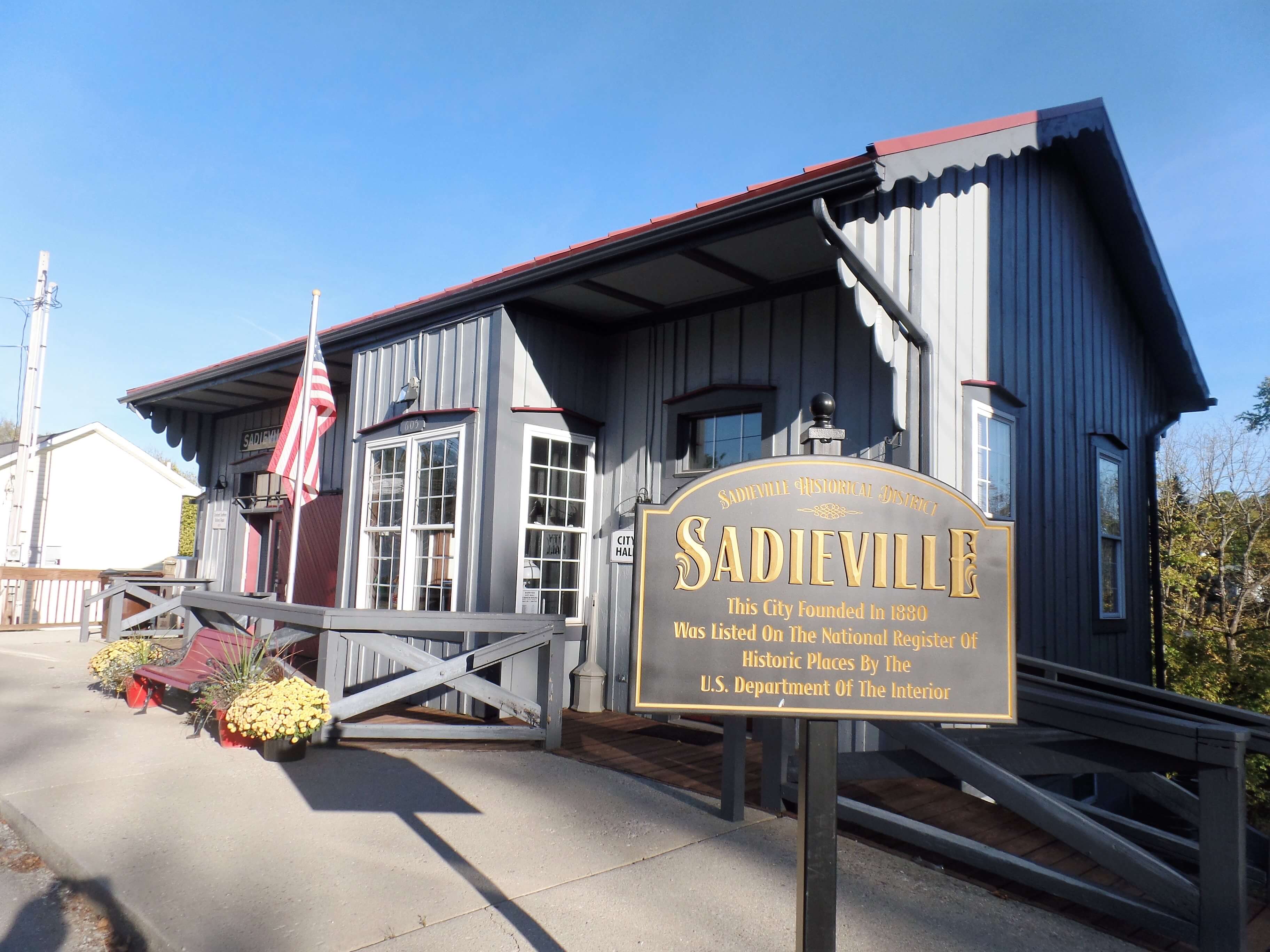 Sadieville is also a town full of surprises.

“Come and drive down Pike Street under the railroad pass and onto Main Street and you’ll see dry-laid rock walls, all redone and just beautiful,” said Mayor Robbie. “Come into our little town and there’s the pavilion and little depot sitting there and the new mural.”

The mural, depicting Sadieville’s mule history and railroading ties and including the town namesake, Mrs. Sarah “Sadie” Emison Pack, standing beneath a parasol, is something of an optical illusion. It is positioned so that the restored Sadieville Train Car, a historic 1955 caboose located a few feet from an active Norfolk-Southern Rail Line, appears to be the last car of a train chugging along the railroad tracks.

Main Street shows off a splendid collection of late Victorian-era and early twentieth-century residential architecture. Flowers add splashes of color to tidy lawns. A downtown, listed on the National Register of Historic Places, is well tended. A circa 1917 Rosenwald School, one of the many state-of-the art schools built across the South in the early 20th century for African American children, has been restored.

Besides cyclists, geocachers love Sadieville. The caboose is one of two documented Sadieville geocaching sites on the Scott County GeoTrot. And because this historic train car shows off not only original equipment and fixtures, but sits amidst a former railway town, railroading buffs flock to it as well.

“We have a lot of them who visit and take pictures of the railcars coming through Sadieville,” said Mayor Robbie.

Sadieville’s rural landscape means miles of hiking trails and nearby horseback and mountain bike trails. It is a bird watcher’s paradise, and hunters and fishers similarly find what they’re looking for at the Veteran’s Memorial Wildlife Management Area. 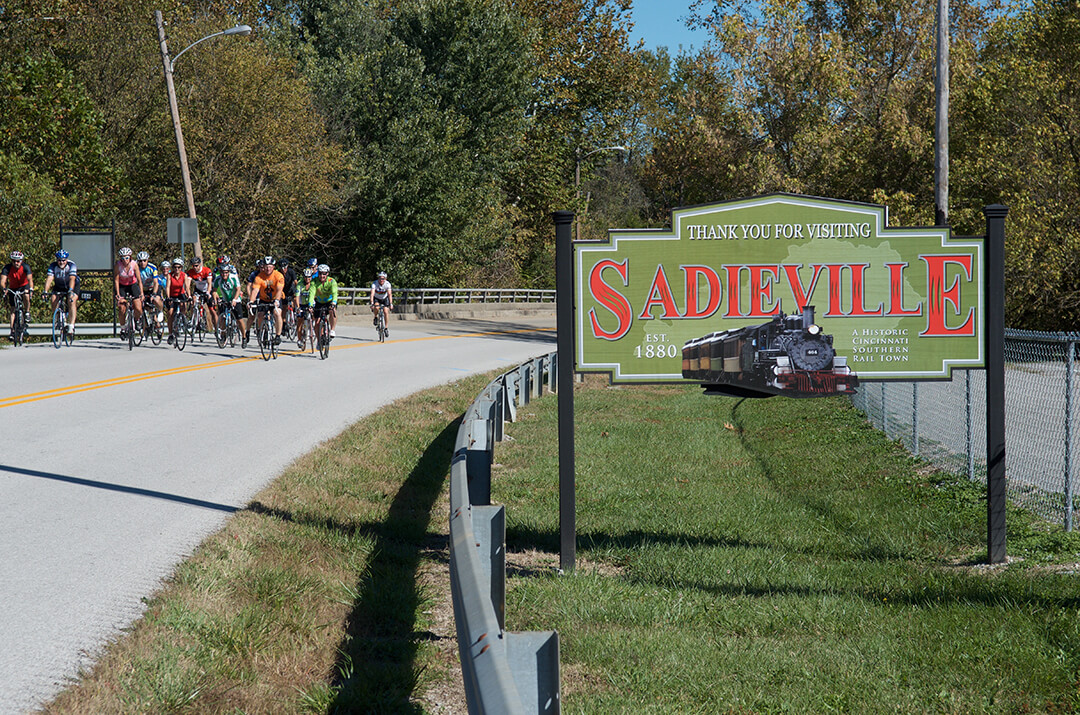 Incorporated 140 years ago in 1880, the town was originally called “The Big Eagle” because of its location on Eagle Creek. Even more significant for the town was its selection by Cincinnati Southern Railroad – one of the greatest and most lucrative railways in the south – as a key shipping point. Records from 1904 note that 216 cars filled with stock, logs and tobacco, which amounted to thousands of dollars, shipped from Sadieville. That same year, over $13,000 worth of rabbits, hides, produce and other goods were shipped by Sadieville merchants.

But that’s not all. The town was the largest market in the country for shipping yearling mules and colts. The firm, Burgess and Gano, purchased the majority of these animals in Sadieville and shipped them to various points in Georgia.

The young mules and colts were corralled in the countryside and once three or four hundred had been delivered by the stock raisers, drivers would round them up and drive them to Sadieville stockyards alongside the railroad tracks. An advance team of men would alert residents that the “mules were coming” so they could prepare for the thick cloud of dust – at times as dense as a heavy fog – the animals would raise stampeding into town. 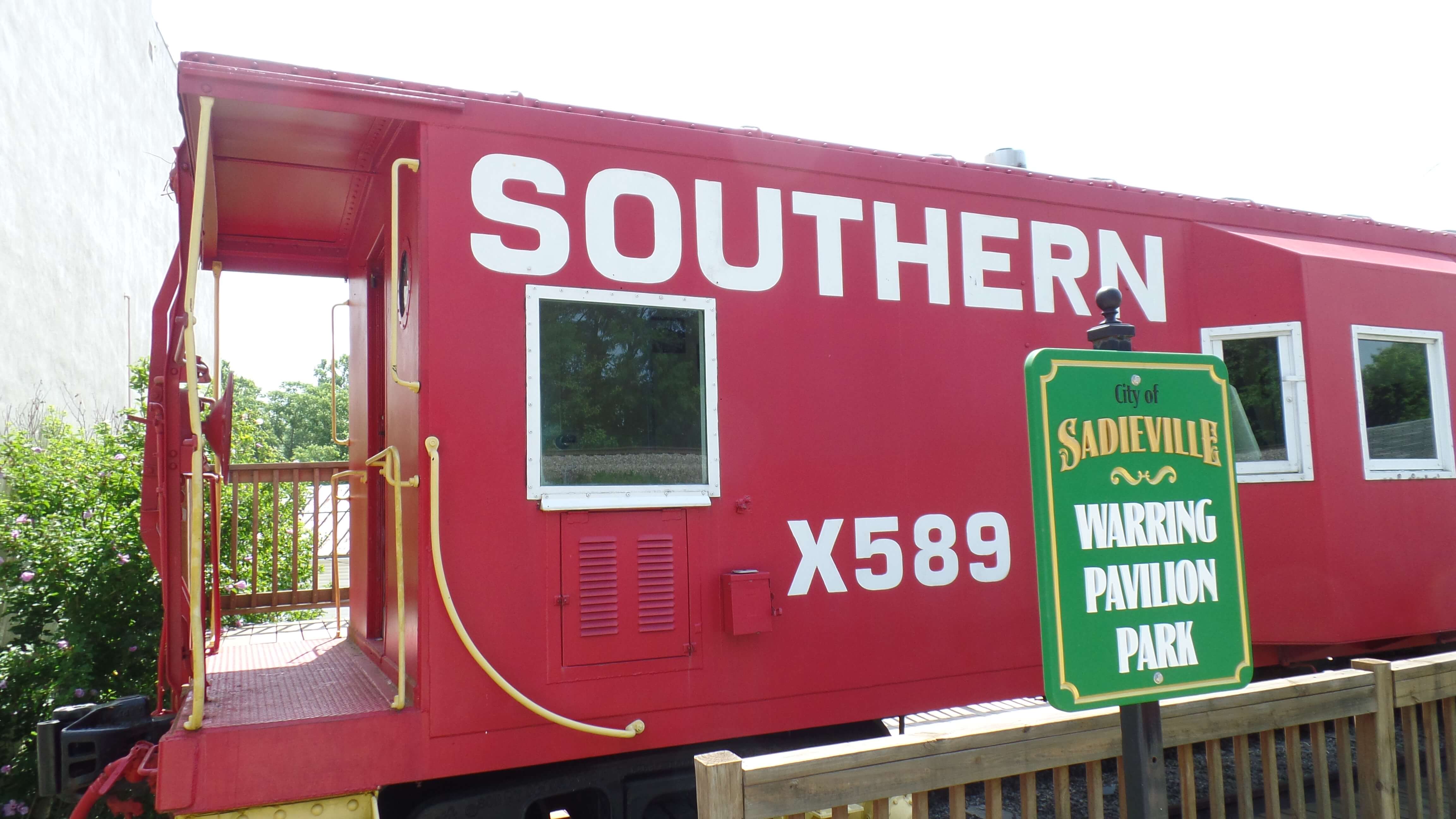 Because of Sadie Pack’s efforts in helping the railroading construction crews that set up their base of operations here, the town’s name was eventually changed to Sadieville as a way to honor her.

Projects currently in the works in Sadieville include a Main Street Victorian transforming into a bed and breakfast inn; several homes under construction by Habitat for Humanity; a skatepark addition to Pike Street Park; and the multimillion dollar development of the Interstate Exchange at Exit 136.

Information about Sadieville’s bicycling routes and other outdoor recreation can be found on the Sadieville “Things To Do” page.