Storytelling with Ron Bryant: The Behind-the-Scenes Word on Ward Hall

Storytelling with Ron Bryant: The Behind-the-Scenes Word on Ward Hall

A grand manse built in the 1850s and paid for in gold is one of Kentucky’s foremost architectural treasurers – and a rich repository of equally grand stories. There’s the one about the owner’s niece stripping down to her “birthday suit” for the sheer joy of shocking her mother-in-law, along with a bevy of Boston bluebloods. And another about the Ward descendent who ran the hallways and romped the grounds as a young child and proclaimed the place a “palace” with beautiful “fairy gardens.”

Georgetown’s Ward Hall landmark antebellum mansion built for $50,000 over 160 years ago by Junius Ward, a key figure in the development of the Kentucky Thoroughbred. With its 27-foot-high fluted Corinthian columns, magnificent plasterwork and breathtaking double elliptical staircase, it is the embodiment of grace, dignity and hospitality that one generally only reads about in books, a monument to an age long gone and representative of a lifestyle and time that can never be again.

“Ward Hall is not just a Georgetown or Kentucky treasure; it is a national treasure,” said Ward Hall Preservation Foundation Board Chair Ron Bryant. “The mansion stands as one of the finest examples of Greek Revival architecture in the nation and is recognized as one of the great architectural masterpieces of America. Visitors from across the globe journey to Georgetown to see what is, indeed, the epitome of Southern architectural grandeur." 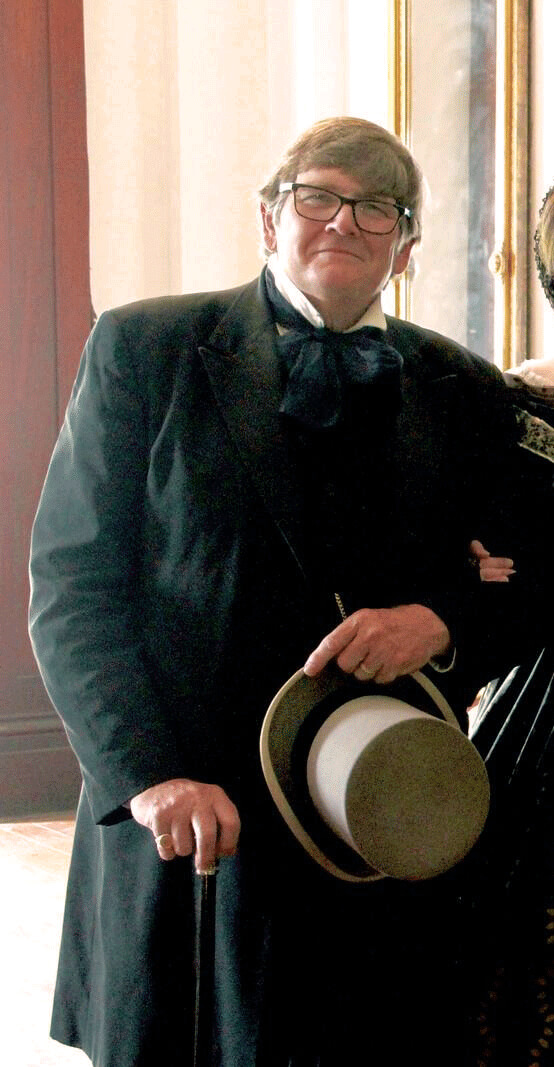 “The mansion seems to say to its visitors, ‘Look at me and be impressed!’” Bryant added. 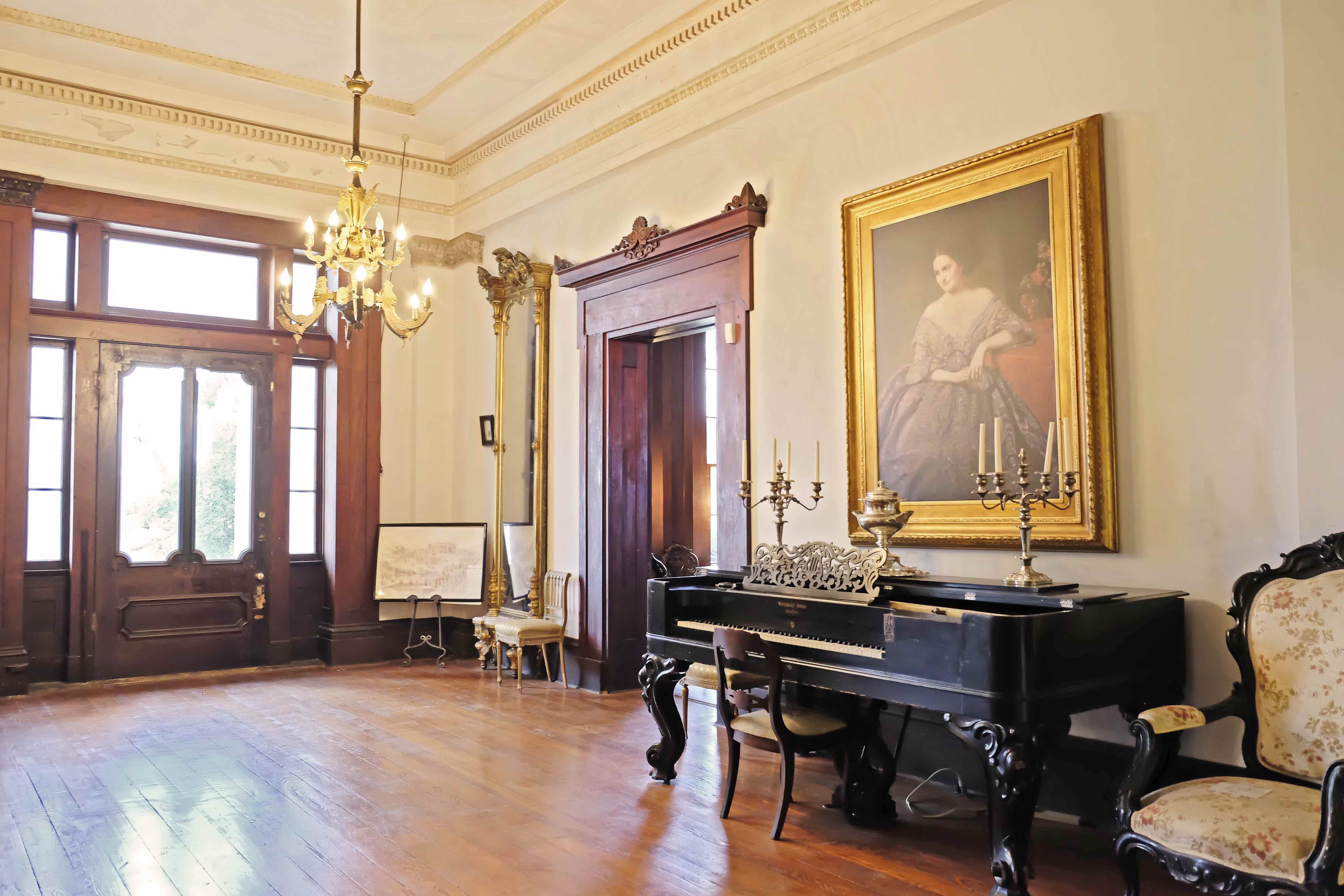 Regarding Ward Hall’s most colorful and illustrious visitor, the inimitable Sallie Ward – a bold and brassy broad who was one of the great beauty and fashion icons of 19th-century America and known as the “Belle of Louisville” – Bryant had this to say:

Ward Hall amazes visitors with its sheer scale and architectural attention to detail. It enchants with stories of the families that called it home. And it surprises with a little something extra, according to Bryant.

Now, about that belle in the buff story . . . During her (brief) marriage to Timothy Bigelow Lawrence, Sallie attended a party at the Boston home of her mother-in-law, arriving in white satin bloomers and jeweled slippers – and things just went downhill from there. Sallie’s mother-in-law demanded she change immediately into something suitable, but as Sallie climbed the staircase to the second floor, she had another idea. She stopped, stripped down to her birthday suit, and knocked the stuffing right out of Boston’s upper-crust. 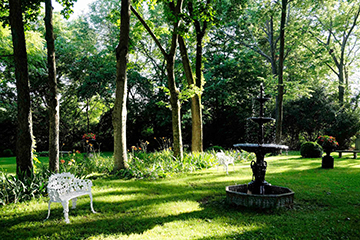 According to Bryant, future plans for Ward Hall consist of the complete restoration of the mansion, grounds and outbuildings. The Ward Hall Preservation Board is dedicated to seeing the mansion restored to its 1850s grandeur. The Carpenter Gothic horse stable will be rebuilt as a welcome center and the five acres of formal gardens will again be the “fairy gardens” of yesteryear.

**Storytelling with Ron Bryant is a part of a narrative blog series written through the eyes of Georgetown, Kentucky's most decorated storytellers.